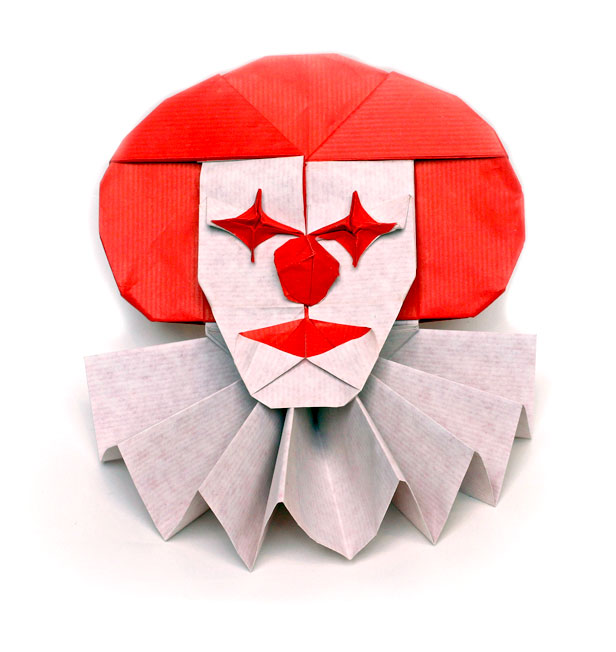 If you have anything that will have us all in creases, please send it in.

Have you heard the one about the origami enthusiast who folded and wore a cowboy outfit – an origami stetson, origami shirt and waistcoat, origami pistols, plus origami trousers and boots?
He was arrested for rustling!!

Why are paperfolders dangerous? They have a black belt in origami…

Did you hear about the Origami Business? It folded…

How many Origami folk does it take to change a light bulb?
None because there is no such fold as a Bayonet Twist! (Steve Honey Monster Watson)

How many origamists does it take to change a light bulb?
Ten to build the modules, and Maarten van Gelder to put them together into a ladder. (Ralph Furmaniak)

What kind of fold is done in the kitchen? A kitchen Sink (Charles Esseltine)

What do have after you do the dishes? An open sink. (Charles Esseltine)

What do yo call it when you’re not allowed to do the dishes? A closed sink. (Charles Esseltine)

What do you get if you hear too many “Sink” jokes? A “Sinking” feeling! (Charles Esseltine)

What fold do you do after folding for five days straight? A collapse fold. (Charles Esseltine)

How many folders dose it take to change a light-bulb? None, WE can fold in the dark! (Charles Esseltine)

Would an origami display be a Paper-view Event? (Charles Esseltine)