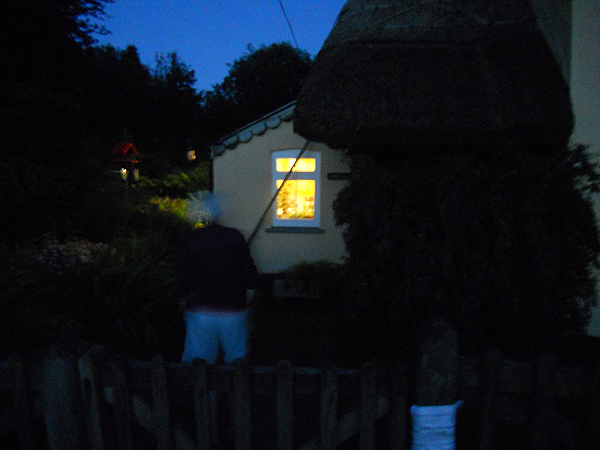 I think I must explain more about my Jottings. These days there is a plethora of folding instructions of all sorts and although I am fascinated in how the craft/art has progressed over the years since then, my main interest has been the people in that world: not only the creative individuals but the type of people who make the origami society. I have not yet worked out why, in the early days of the Societies, only two were made up mostly of men, the BOS and MFPP. Everywhere else in the world the groups were overwhelmingly female, with any male members being the most inventive.

I am glad to say that latter remark is no longer completely true. Thinking of myself, I remember when working on the only one of my models published, I thought that I am enjoying this but it is taking so much time from my other hobbies that maybe I will leave creating to others. Maybe that is why …. At that second meeting in Rosalie’s flat I remember two encounters with Mick Guy. I had very proudly taken my kangaroo to show but admitted to him that there was a cut – I cannot member why. He teased me that I had better try to fold it without the cut. I did manage this later but it was a 2×1 rectangle but I was rather proud of that one!

The second encounter was when he approached me and said, “You do not work so you could take over supplies from me”. In those days it was not considered work to be the mother of three children. Part time work was not available at all in the 60s. Still, forgave him that comment as the BOS had begun to get more publicity in womens’ magazines and Robert Harbin was doing more origami on TV. Mick’s secretarial duties were enough to keep him busy.

I was living at the time in an old farm house in Devon about five miles from the Bristol Channel. From the 70s onwards, quite a few origami people came to stay. Eric Kenneway became a good friend over the years and visited several times. During one of those visits I was standing in for a local librarian and as there was a nice garden at the back, used to take the girls with me and they would play outside. Eric came down with us on one occasion and conducted an experiment or two as he was working on one of his non-origami books.

Rather suddenly there was a loud explosion from outside and it seems that one of the experiments with a matchbox went rather better than Eric thought it would. Luckily no one was hurt but it woke everyone inside! I am reminded of Eric’s visits so many times when with a group of folders. A lot of the subjects around our hobby that are talked about these days are things that Eric and I talked about around our kitchen table. He took a lot of getting to know but when he realised your thoughts were similar, he opened up somewhat.