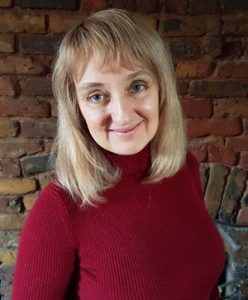 1. when did you first join BOS and why?

I don’t remember when, but I think it was 2016, when I joined BOS. I was preparing my origami book and I wanted to meet all the great origamists that I know from their work. Now I know them and many more and I am not going to leave you!

2. what do you like most about BOS and can you share any moments/events that you have really enjoyed?

I like to learn from different people, different way of teaching, different ideas of people from other countries too. Creative ways of using origami in different fields. I like the international character of our hobby. I like people who are in BOS, they are all nice and gentle, just decent people.

3. who inspires you in the origami world and why?

A person who inspired me most at the beginning of my more serious adventure with origami was Max Hulme. I was so delighted to meet him personally. He is a great creator and such a gentle and humble person at the same time.

Then it was Paul Jackson who speeded up my creativity and influenced my own origami to put it to more simple folds. I owe him a lot.

I also have a weak spot for Tony O’Hare! I love his origami ideas, and I love his open, embracing nature!

4. why does origami appeal to you and how long have you been into it?

I was taught simple origami folds by my mum when I was a little child. Also at primary school we learnt from each other too, but no one knew then that it was called origami. But the seed was planted. That was in Poland. In 2000 I saw a book in a little book shop in the shopping centre in London: “Practical Origami” by Rick Beech. Since then I got hooked! But with long breaks, as I did it only when I had time and could relax. But origami became part of me. Since 2012 I started to buy more books, looking for origami models on YouTube channel, then I became a BOS member… etc.

5. which are some of your favourite folds or models and why?

6. which are some of your favourite origami books or favourite designers?

My favourite origami book is “Step by Step Origami” by Steve and Megumi Biddle. Very nice designs and great method of showing and organizing the bases.
And I have sentiment for Rick Beech’ “Practical Origami” because the models there are lovely and the book has very good graphic look.

7. any tips you can share on folding, designing or teaching origami?

Be patient with yourself when you start folding. Try rather to relax more than achieving perfection.
For teaching: make sure everybody can see exactly what you do. Check on them what they do. And then encourage students to be creative.

8. what other skills, interests or experience do you have that might be of interest to members?

I do teach all sort of ages group, from nursery to 80+. I know how to use InkScape to draw diagrams. I know how to create online tutorials, I created my own channel “Origami for Jesus”. I published my own origami book. I worked with illustrators.

9. what would you do if you were in charge of BOS for a day?

I would collect the best models of our members, also from the past, and publish a lovely, colourful book of origami.

10. tell us an anecdote, fact or news involving origami

My husband doesn’t fold origami, but he supports me with my passion in teaching, promoting my book. He also puts up with boxes of origami all over the house, and rolls of paper in huge amounts. His name is Guido. He is Italian so the main spice we use in our kitchen is ORIGANO. Because we use the word “origami” at home very often, for some time, he has been confused between ORIGAMI and ORIGANO and now he uses ORIGAMI to put into our Italian dishes… instead of ORIGANO!